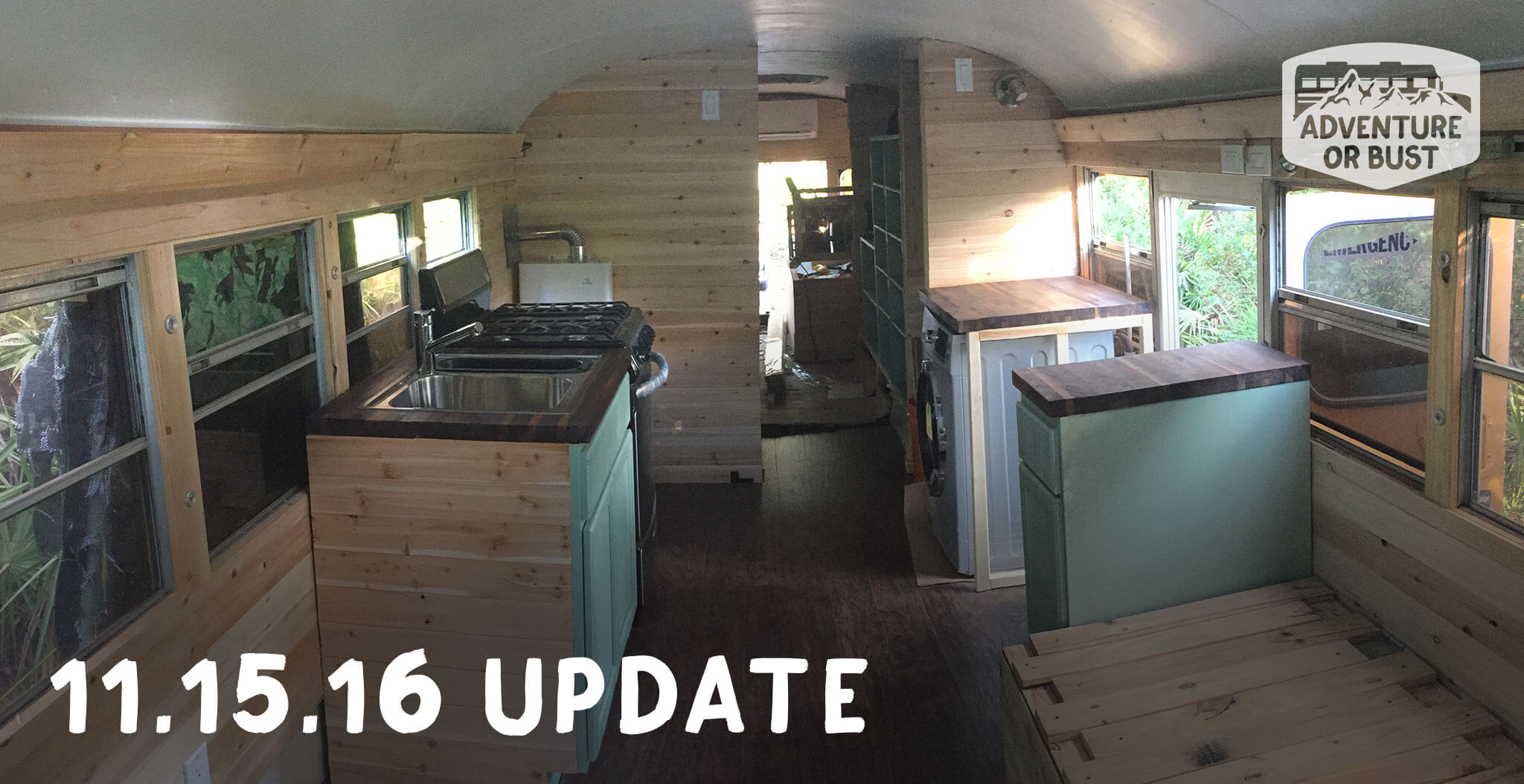 Posted at 01:30h in Updates by Brittany

So we’ve been very much in the dark the past few months, and for that we apologize. We’ve had so many friends, family members, and followers reachout to ask what’s the status on the bus, so we wanted to give you an update.

Basically, we didn’t hit our deadline of a September 1st move in, and here’s why:

We Ran Out of Time

Mid August is when the build really slowed down. It’s due to one thing: school. Steven started nursing school at the end of August and he’s been kicking ass in his classes. His intense class and study schedule has really affected his availability to get out to the bus. He went from 3-4 days a week out at the bus to barely pulling off one.

While I was able to work on little things more than once per week, like planning the couch cushions (thanks Maureen), sanding, and painting, it’s Steven who’s the real mastermind behind the build. Without him, I can only do small tasks.

It’s been a hit to his ego to see the bus go from priority to the backburner, but he understands the importance of school. And his grades show. I’m so proud of him.

We Ran Out of Money

Our bus fund dried up around the end of September. We were at a point where in order to continue the build, it was time to make big purchases like the AC unit, washer/dryer combo, gas-range stove, and flooring.

Where We’re at Now

It’s now the middle of November, and we’ve made some great progress on the days that we’ve been able to come out to the bus. We’re very close to moving in! We’ve got the electricity done, the plumbing ran, the kitchen done, and the AC installed. We’ve put a new alternator in the bus and got her running again. We’re really down to a few tasks.

Some of these tasks are:

Thanksgiving weekend will be a big workweek, then after December 10th we’ve got an entire WEEK we can dedicate to the bus. This being said, we think we can move in before Christmas!

We’ve also been able to add some padding to our bus fund. You can see what we’ve spent so far here.

Thanks for following our story! Have any questions? Ask below! 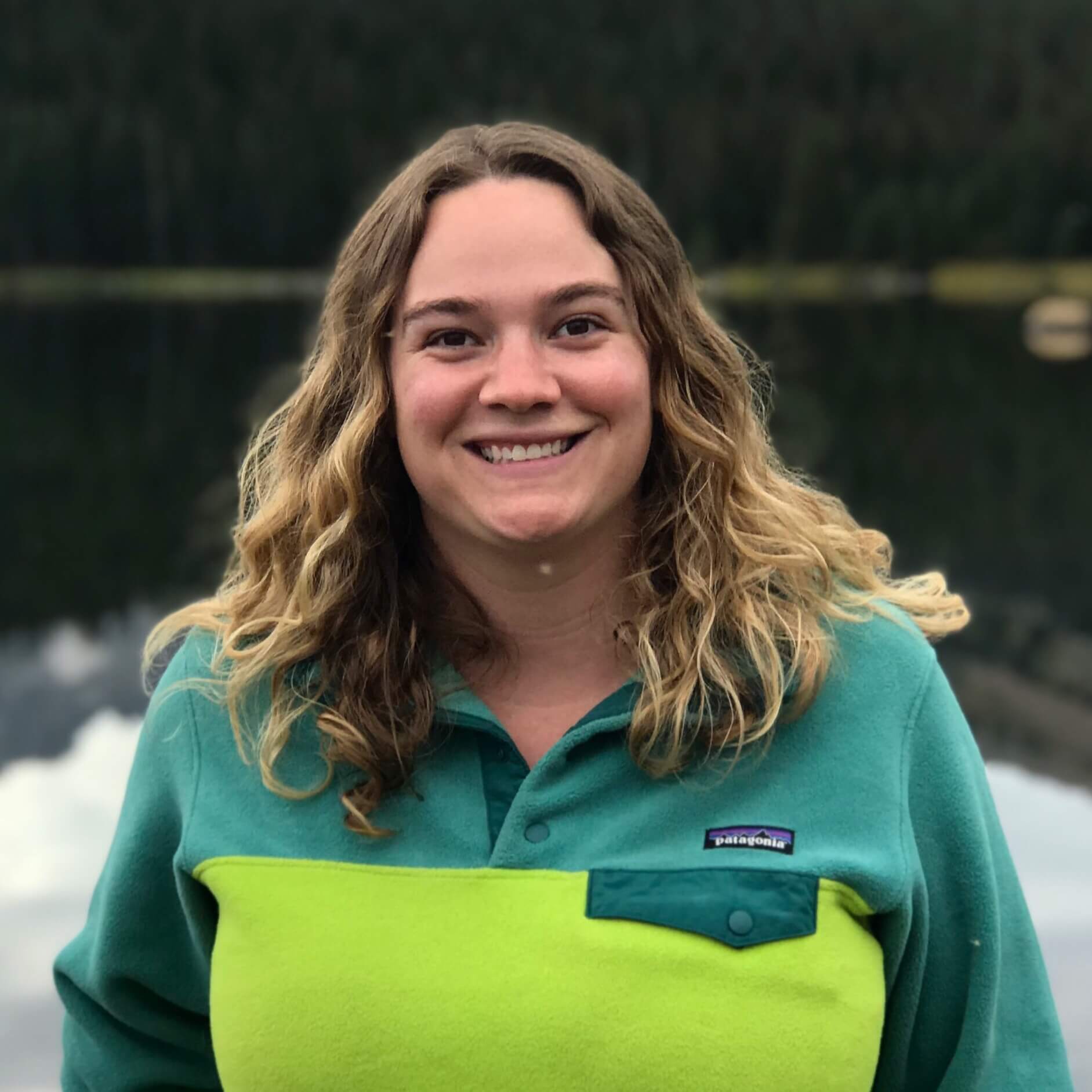 Hello! I’m one half of Adventure or Bust. I’m originally from Baltimore but grew up in Sarasota, Florida. I run a small Strategy and Design company called Ascent Collective. I’m extremely passionate about sustainability, minimalism, tiny life, and personal finance. I enjoy hiking, fishing, biking, and spending time with Steven and our two Aussies. 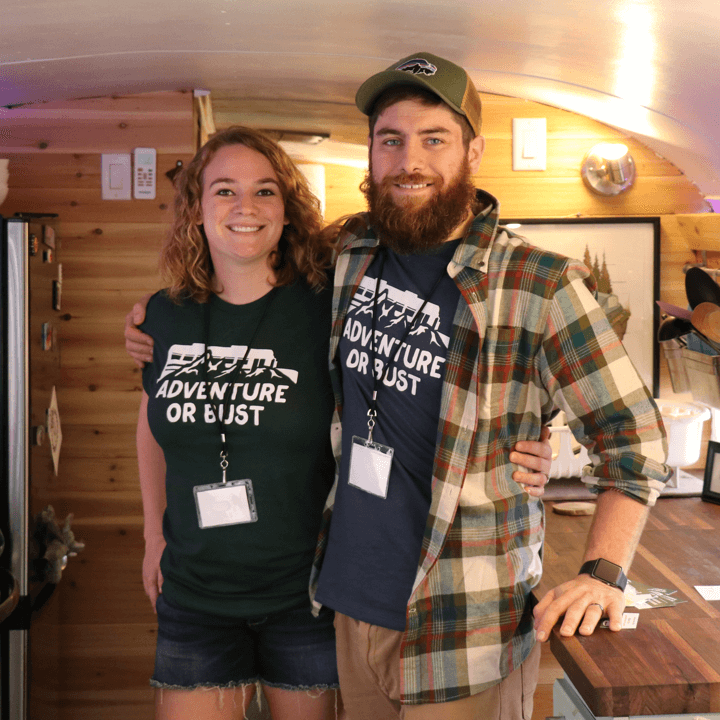 Welcome to the Adventure or Bust Blog!

We're Brittany and Steven Altmann, and we've converted a school bus into our own tiny home. After realizing the "traditional" adult life didn't fit who we are, we decided to take our lives into our own hands. We built our own sustainable school bus tiny home so we could live a life full of adventure, freedom, wealth, and happiness.


Wanna know how much we've spent on our bus conversion? We've kept a detailed expense sheet!